Turbo.net will be undergoing site maintenance on December 11th from 9AM to 1PM Pacific time.
During this time, certain features will be unavailable. 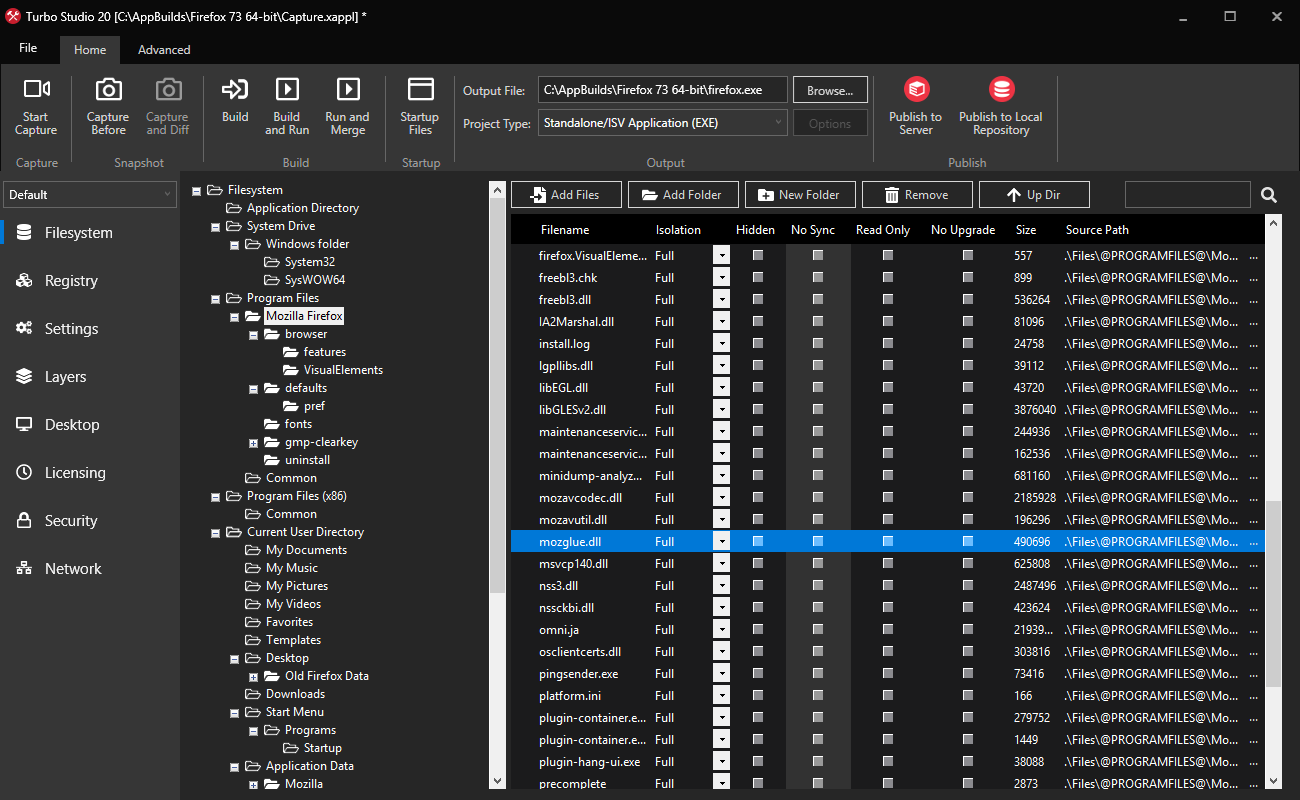 See just a few of the ways that Turbo Studio allows you to customize your applications.

Turbo Studio lets you easily design and configure virtual filesystem within application containers. Virtual files are accessible by the containerized application but isolated from native applications installed on the host device based on configurable isolation semantics.

With Turbo, virtual files can reside in privileged directories without permissions, and shared DLLs in the virtual filesystem do not interfere with those installed by native applications on the host. 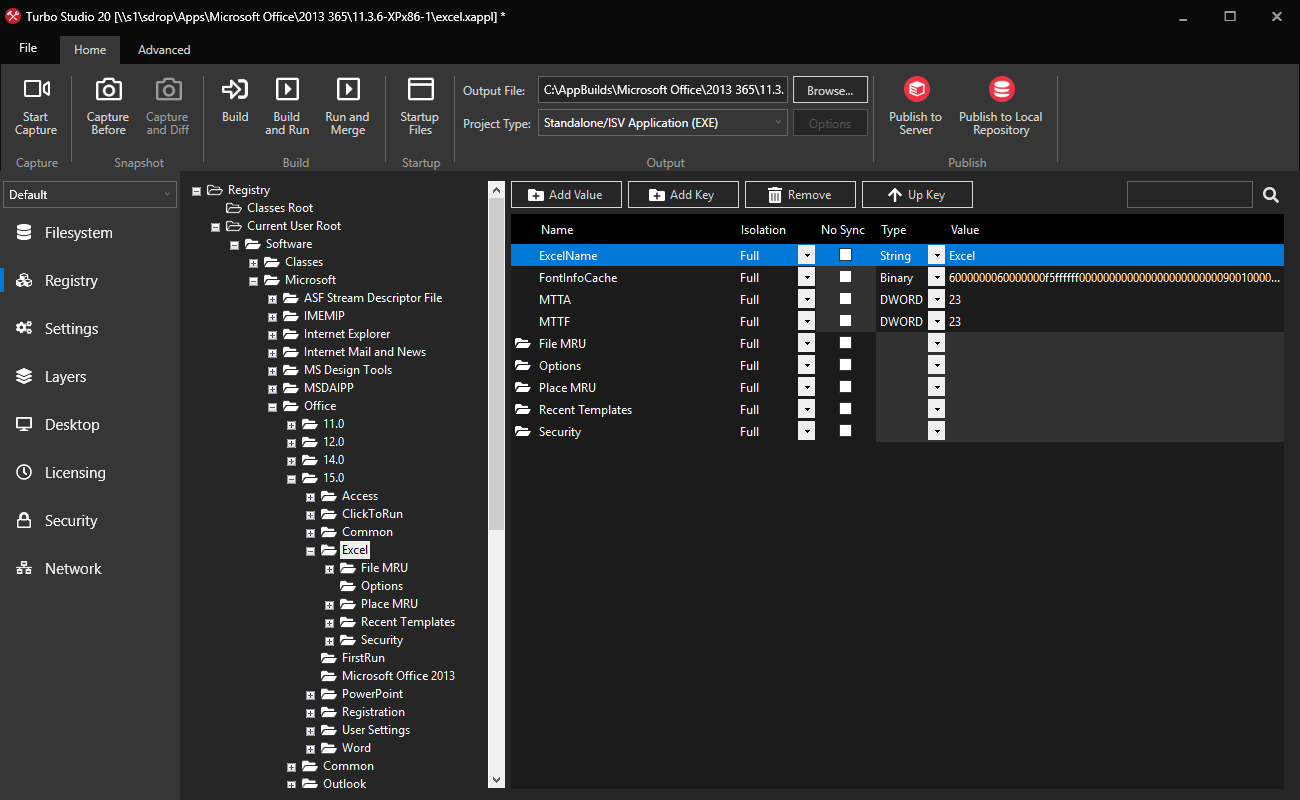 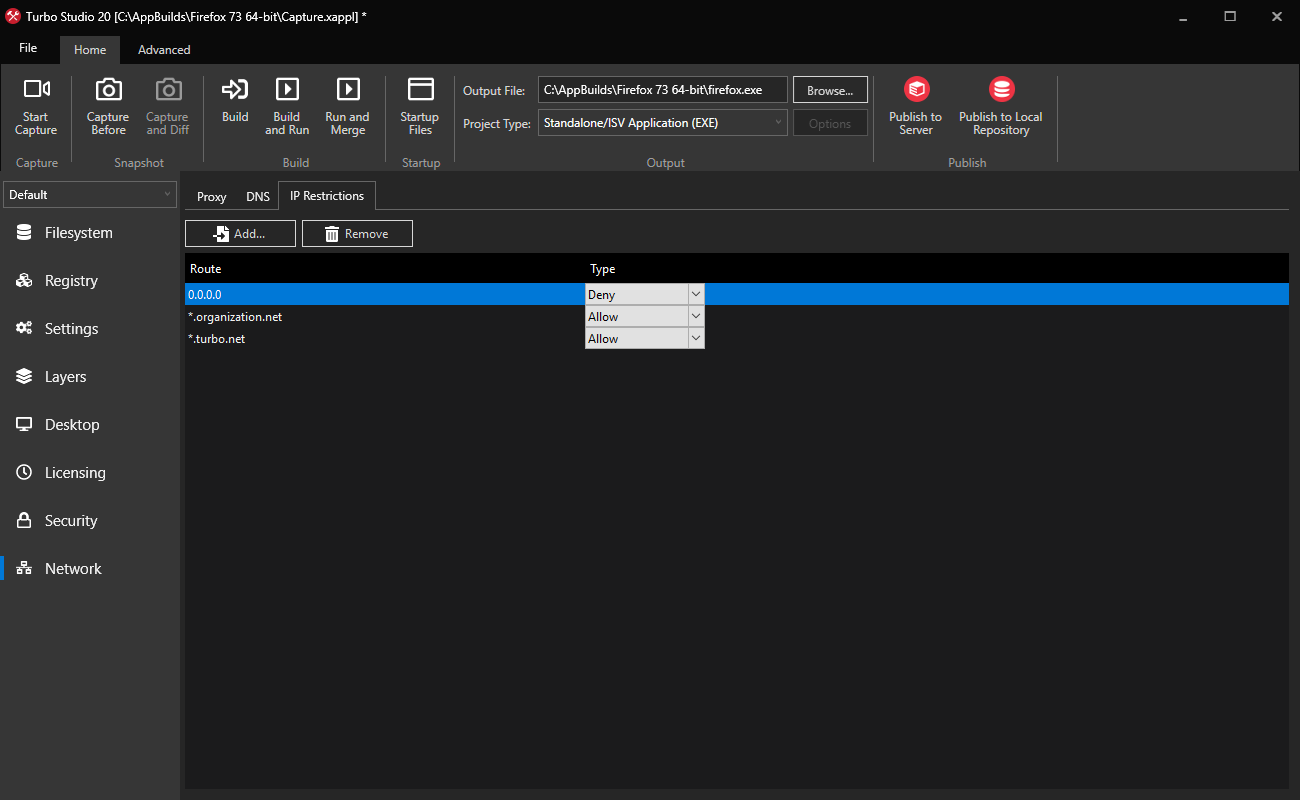 Studio automatically captures services during the application snapshot or container commit stages of an application build. 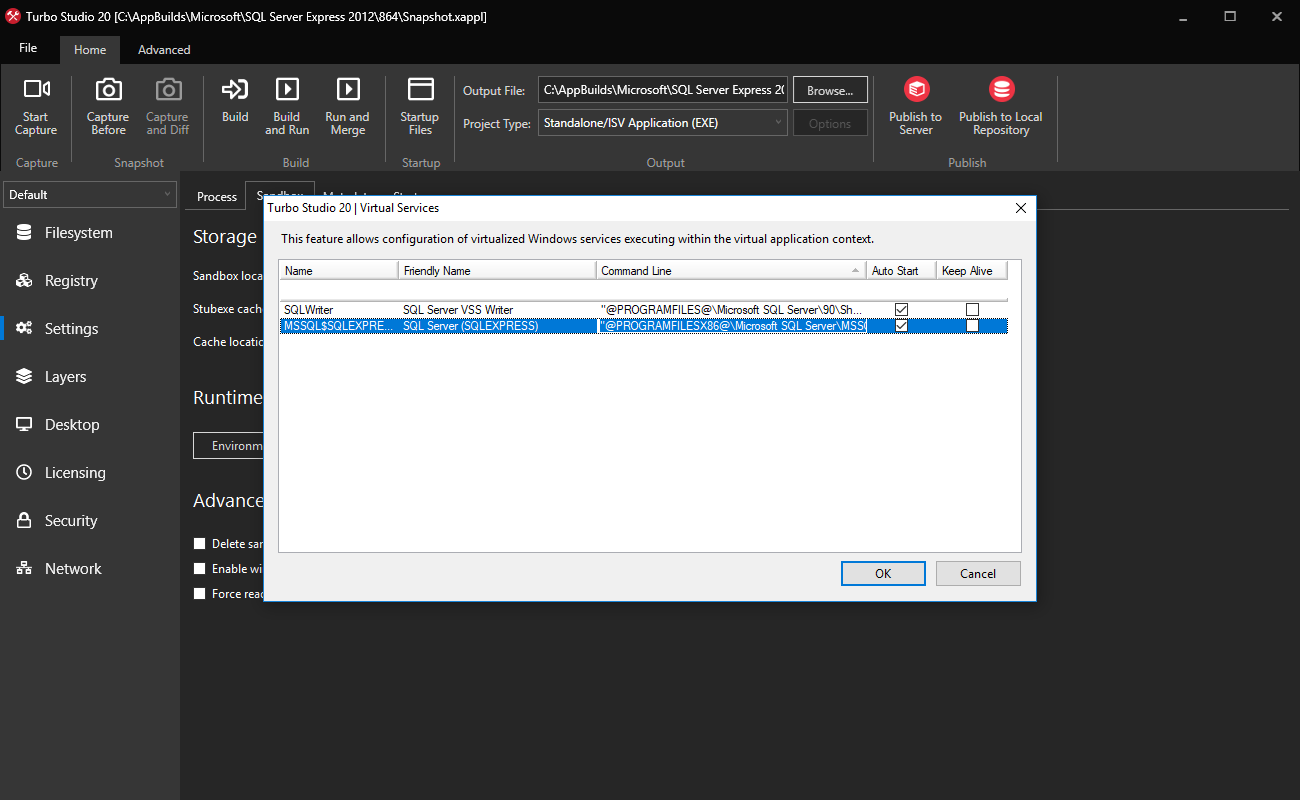 Turbo handles the apps others can't. Virtualize both 32-bit and 64-bit applications, complex interconnected app suites, databases such as SQL Server, services such as IIS, as well as DCOM and SxS.

Easily embed runtime dependencies such as .NET, Java, and SQL directly into virtual applications. Launch reliably on any desktop, regardless of underlying component installs.

Deploy in standalone EXEs, traditional MSIs, on intranets with Turbo Server, or over the cloud with Turbo.net integration.

Turbo Studio has access to the vast repository of images on the Turbo.net Hub, allowing you to pick from thousands of known working application configurations and customize them for your needs.

Publish applications directly from Turbo Studio into any of the supported deployment mods, including standalone EXEs, MSIs, Turbo Server, and the Turbo.net cloud.

Get your questions answered


Centrally deploy, patch, and manage your applications and data. Access securely from desktops and the web, even when offline.

Deploy applications where users expect them. Deliver them through a web portal or integrate with your favorite learning management system.

Stream applications to any device with a native Turbo client or HTML5-enabled browser.

Learn more about Turbo Application Server
12 years
Continuous support for every version of Windows for over a decade
4.2M
Applications launched each day on Turbo.net
2M+
People use Turbo.net to launch applications every day

Thousands of the world's most effective organizations empower their people with Turbo.net.

Speak with an expert to find out how Turbo Studio fits your business.
Book a DemoDownload
Download

Thank you for downloading Turbo Studio!

Click here if your download does not start automatically.
Visit your account settings page to view your licenses.
Oops! Something went wrong while submitting the form.

Oops! Something went wrong while submitting the form